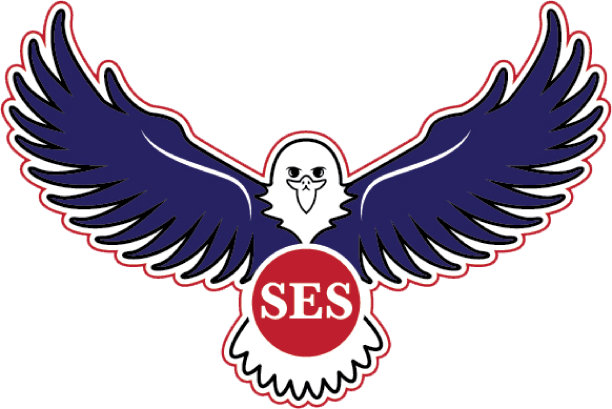 MISSION STATEMENT
The mission of Semmes elementary School is to provide all students with a safe, supportive and stimulating learning environment where each student receives the education necessary to guarantee success in becoming lifelong learners and responsible citizens.
Home of the Eagles

Education has long been a priority among Semmes area residents.  The first formal school in Semmes was a log cabin founded in 1874. The cabin, used as a church and school, was located on the sixteenth section close to where Mary G. Montgomery High School is today. James Alpin McCrary was the first teacher and he taught twelve students.

In the late 1800's school was held in three places in the Semmes and Crawford areas before a one-room schoolhouse was built in 1902. This schoolhouse now stands at the corner of Wulff and Nursery Road in SemmesHeritagePark. During the next thirty-three years a number of buildings and projects were constructed. In 1917, a four-room stucco building with two outhouses, later known as the science building, was built facing west on the school site. The plaque pictured was saved before the building was removed this year.

In 1938, the red-brick building which stood in front of the science building was erected. The elementary grades moved into the brick building, and the high school occupied the stucco building. During the 1940's and 1950's many additions were made which included a cafeteria, cement sidewalks, lighted athletic field, agricultural building, home economics, and a combination gymnasium/auditorium.

The 1960's brought many changes. The first portables arrived in 1961. Mary G. Montgomery became the new senior high school in 1965 with Semmes retaining grades one through nine.  In 1997, the elementary students were sent to the new Allentown and Semmes Elementary schools. All but eleven portables were  removed, and the elementary buildings became part of the middle school to house more than 1200 students. On August 30, 2000, several school board members, the superintendent, administrators, faculty, and staff of SMS attended the groundbreaking for the new state-of-the-art middle school. Our new Semmes Middle School, located at the corner of Ed George Road and Highway 98, officially opened for the 2002-2003 school year.

As Semmes School has its origin in the First Baptist Church building in 1874, one hundred thirty four years later that borrowed building with twelve students and one teacher has evolved into three elementary schools (Semmes, Allentown and J. E. Turner), a high school (Mary G. Montgomery) with new additions and renovations, and a new-state-of-the-art middle school (Semmes Middle), which is the largest middle school in the state of Alabama.